The point of this method is to make difficult things easy.

One of my favorite methods in learning languages is repeating recordings of native speakers, trying to speak as quickly as they do and copying their intonation, rhythm, and other aspects of their pronunciation. I pause after each sentence of a dialog and repeat it at least three times. If the sentence is too long, I pause it after each clause. Another day, I go through the same dialog again. Eventually, the long sentences that were difficult become relatively easy to say.

I believe this method has helped me immensely in my language learning. Not only does it improve my pronunciation–making it easier for native speakers to understand me–but it also improves my listening skills. The rapid speech of native speakers doesn’t bother me as much because I practice speaking quickly via this method. I believe that everybody learning a foreign language should spend part of their study time repeating after recordings–if conversation is one of their goals. It might even improve a person’s reading skills, especially if they’re a beginner.

They don’t even have to be dialogs. They could be individual sentences, such as those used in an audio phrase book such as Book2 or Language/30. Or you could do it with Glossika. Even the example sentences from the grammar section of your textbook will work, if they are also recorded in an audio file or an audio CD. If they aren’t, maybe you can hire a native speaker to record them for you.

Shadowing is a similar method which other people recommend, but which I haven’t tried. Essentially, you’re doing the same thing as I do, except you don’t pause the recording. Instead, you repeat what you heard while the speaker is still saying the sentence. You try to finish the sentence soon after the speaker did. This requires you to listen and speak at the same time. The technique sounds too stressful for me, which is why I pause the recording and repeat three times instead.

Once you have some practice repeating after recordings in your target language, you can even practice with written sentences. That is, you can use example sentences that you find anywhere–in a grammar book, in a textbook that doesn’t include audio, in a phrase book, or in a written article. With this technique, you start with the long words in the sentence and practice saying them until they are easy to say. Then you take short phrases (prepositional phrases, etc.) and repeat them a few times. Then longer phrases and clauses. Eventually, practice the full sentence until it’s easy. Review these same sentences another day. You may or may not need to build them up again.

I often do these steps in reverse order: First, I do sentence build-ups with the written dialog until I can say every sentence somewhat easily (or at least each long clause within the sentence). Then I repeat after the audio, listening for anything I’ve been saying incorrectly and focusing on correcting my errors. However, this way is risky because you can learn to say things incorrectly and then repeat them incorrectly after the audio. Still, it’s much easier (and less stressful!) to do it this way. Stress makes it harder to retain what you’re learning. If you have to adapt a method to reduce your stress, do so.

Don’t try this method for long periods of time. A few minutes here and there through your day will be much easier and give you better results, I think. If it starts becoming too difficult or you start feeling fatigued, stop. Come back later and try again. What’s difficult the first time might be surprisingly easy later or on another day. In fact, that’s one of the mottos I live by: “Everything is hard before it is easy.”–Goethe

Lover of languages (linguaphile) in the US Pacific Northwest (PNW). Formerly Oregon Polyglot. I'm over 50 years old, work in IT, and love hiking. View all posts by PNW Linguaphile

One thought on “Sentence build-ups” 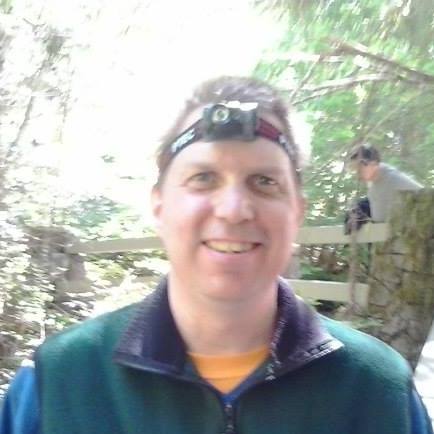